do not worry because we have brought some easy and effective mosquito bites natural remedy for you, with the help of which you can get relief 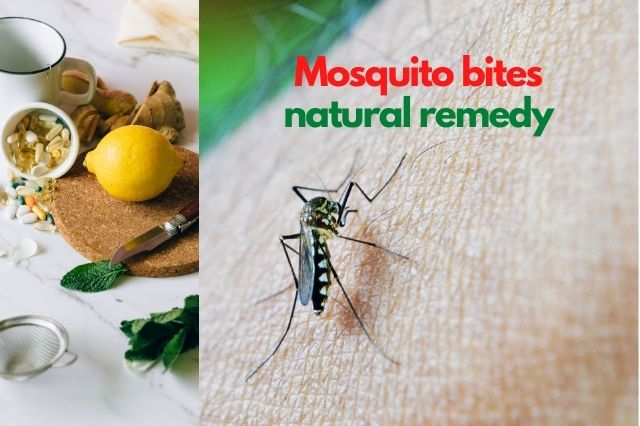 It becomes difficult to sit on the balcony for the open air in summer when the buzzing mosquitoes near the ear start making you their prey in the evening. Mosquito bites are not only itchy, apart from this red marks also appear on the body. These marks are very bad to see and it takes a person weeks to get rid of them. In such a situation, let us know which remedies can help you to remove the red marks on the body due to mosquito bites.

Why do mosquitoes bite - 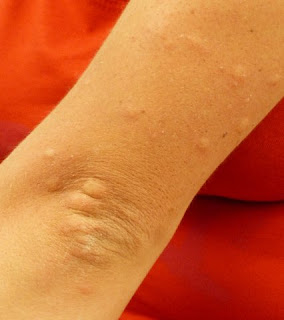 It is certain that with the bite of a mosquito, some substance comes out in our body, due to which the reaction starts and itching starts. Some people get a rash or red marks. Problems like itching occur because our body reacts immediately to mosquito bites and the result of the same is visible to us in the form of itching, rash or spots.

Actually, when a mosquito bites us, it releases its saliva in the body. The body has its own immune system which reacts immediately to any foreign substance, that is, gives its own response. The same is the case with mosquito saliva. The body takes the mosquito's saliva as a chemical that is not essential for the body. It acts as a poison for the body.

The body's immune system decides to flush it out immediately. For this, the signal of the immune system goes to the brain, due to which there is an immediate chemical reaction in the body and itching starts at the mosquito bite site.

There are many people who do not react to mosquito bites. There is no itching or rash in their body. Such people tolerate the saliva of mosquitoes easily or are able to tolerate the effects of saliva. There are some people who are bitten by a mosquito even once, they itch for hours because their body has a big reaction.

Swelling occurs at the site of mosquito bites, which is caused by histamine. Histamine is a chemical that our immune system produces. As the amount of histamine in the blood increases, so does the amount of white blood cells around the bite site.

Because of this, the problem of swelling or itching is seen. Maybe someone is bitten by a mosquito for the first time, so there is no reaction. This happens because the body's immune system is not prepared in advance for any external chemical. Or rather, the immune system would not have been identified with any such chemical. As soon as a mosquito bites, the immune system senses it and reacts accordingly.

Let us know which remedies can help you to remove red marks, itching and swelling on the body due to mosquito bites.

If the rash has been caused by mosquito bites, then apply lemon peel on that area. This will make your pimple marks disappear. There will be no itching.

Apply a piece of onion on the rash caused by mosquito bites. This will eliminate itching and the marks will also go away.

Make a pre-mixed solution by adding water to baking soda. Whenever a mosquito bites, put it on the bitten area. This will remove the marks of rashes and also reduce itching.

Fresh aloe vera gel should be applied on the affected area. It will also provide coolness to the skin and if there is blood coming out of the mosquito bite site, then it will also be cured, apart from this the problem of burning and itching on the skin will also go away.

Neem oil has medicinal properties. Yes, the anti-bacterial properties present in neem prevents the spread of any kind of infection. Research conducted by the National Research Council of America has also shown that neem oil is more effective than any repellant. Not only this, even by planting its plant, mosquitoes come less in the house.

If you want instant relief from burning and itching, then soak the bitten area with water and rub salt on it with a light hand. This will give you relief soon. Along with this, the problem of red marks will also get rid of. This is because salt water neutralizes the effects of insect stings or venom, providing great relief.

We know that lemons have antibacterial and antimicrobial properties. Applying fresh lemon juice on the affected area reduces itching and does not cause infection. Keep in mind that after applying lemon juice, one should not go out for some time, because the sun can cause pimples.

Mosquito bites cause itching and red marks on the skin. Sometimes it also causes swelling. In this case, rub the banana peel on the mosquito bite area. Swelling, itching and redness will subside. Apart from this, you can also adopt this recipe on the bites of other insects. Yes, sugar is found in banana peel, which helps in flushing out the fluid from the bite site. Therefore, rubbing the inner part of the banana peel on the affected area provides relief.

Hope you liked the given information. So the next time instead of itching caused by mosquito bites, try these easy home and natural remedies, you will get relief.

Speak politely please do not use offensive words.

10 Tips every girl should know about having good skin

How to help your child overcome runny nose, stuffy nose and cough?

How to teach your baby to eat with a spoon and Fork?